Genocide is never an event, it is always a process: the Polish invention of the ‘ideology of gender’, ‘ideology of LGBT’, and ‘LGBT-free zones’.

2020 will go down in my academic annals as a year of giving talks to various organisations, institutions and companies with a view to raising awareness of othering non-heteronormative peoples. While I had to sign non disclosure agreements with some multinational corporations, others were more open to disseminating their concerted efforts of proactively combating homophobia in the workplace and ensuring a truly inclusive environment for all. Indeed, as the most recent research conducted by McKinsey & Company suggests, there is a positive correlation between an accepting working environment where employees can bring their whole selves and profitability. Thus, when leaderships consider boosting their firm’s performance, especially in the era of coronavirus, such campaigns cannot be perceived as some kind of a progressive champions’ fuss, they are a genuine must-have. Wait, a must-do!

In May 2020, I was approached by Jowita Konopka, a charismatic advocate of LGBT+ rights at Franklin Tempelton to give a talk on current socio-political issues surrounding the situation of non-heteronormative persons in Poland and globally. This came at a time when I was working hard on my edited collection Linguistic perspectives on sexuality in education: Representations, constructions, and negotiation for Palgrave Macmillan. When analysing the Polish context in particular, I found it inspiring to refer to the stages that lead to genocide developed by Gregory Stanton from the Genocide Watch. It was a somewhat shocking discovery to note, after a detailed sociolinguistic analysis, that Poland has entered step four by dehumanising non-heteronormative people. The alarm bells went off. I needed to communicate this. And so I did.

I drew heavily on my own reaserch but also adduced multimodal analysis of, for instance, Bart Staszewski’s phenomenal campaign targeting the so-called idea of LGBT-free zones. 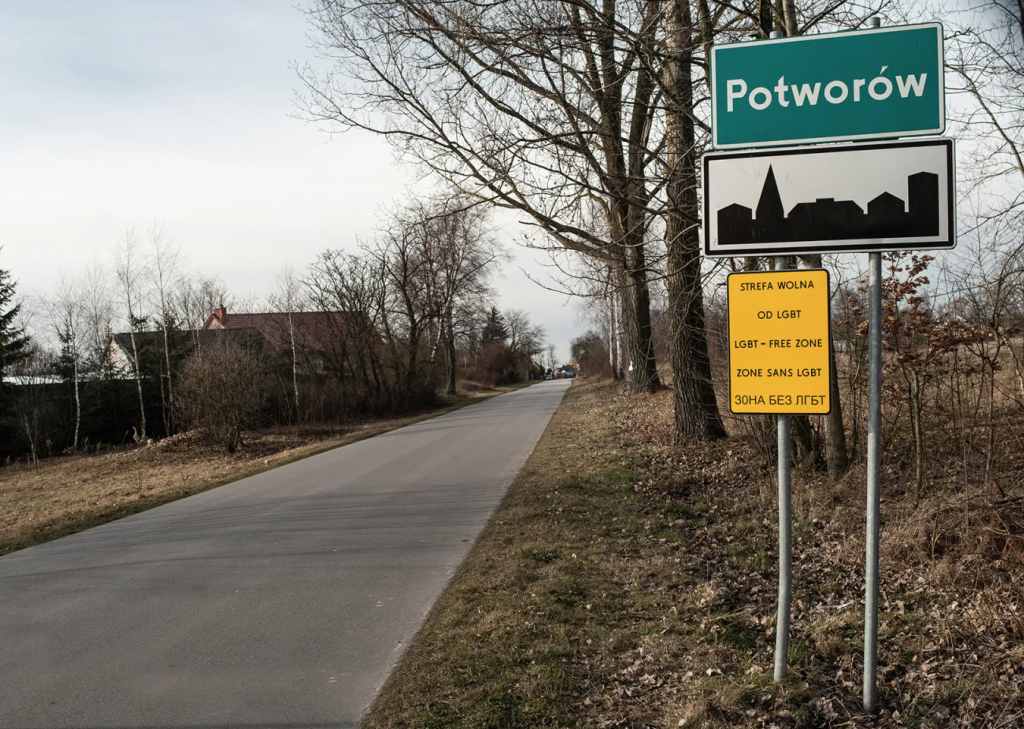 I strongly believe that it is academics’ responsibility to disseminate knowledge we gain during the course of our research to the broader audience. To step out of the Ivory Tower and teach even about the most obvious, the cliche. This is how we make our work socially meaningful and make a genuine attempt at making the world a better place. A place that is socially habitable for everyone, not just persons whose identities can be inscribed in the global hegemonic model. 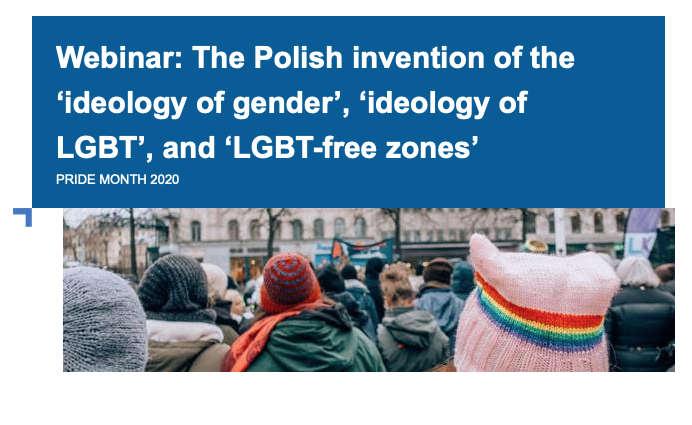 Genocide is never an event, it is always a process: the Polish invention of the ‘ideology of gender’, ‘ideology of LGBT’, and ‘LGBT-free zones’.

While an anti-egalitarian backlash in Central and Eastern Europe has been on the rise for some time now (Heinrich Böll Foundation, 2014), only very recently has it received a unifying umbrella term. Pronounced the word of the year 2013 by a committee of Polish linguists, gender – a clipped variant of ideology of gender (Pol. ideologia gender) – constitutes a bona fide example of lexical borrowing and assimilation gone bad. This cleared the path to the coinage of a neo-right spin-off concept of ‘LGBT ideology’ likened to a “rainbow plague” by Catholic Church officials. Inscribed in neoconservative vitriolic discourses, they has been fruitfully deployed in introducing the so-called “LGBT free zones” by a number of Polish local governments as if merely increasing the visibility of symbolic “zones of abandonment” (Biehl, 2001). Such illocutionary acts (Austin, 1975) impose (symbolic) necropolitics (Mbembe, 2019) on a baby-steps basis and thus resemble stages of genocide (Fein, 1979; Rosenberg, 2012). And this is not an exaggeration.

I set out by situating and detailing the linguistic processes altering the English signified of the signifier gender to be reconceptualised in terms of ‘moral panic’ (Cohen, 1972) in the specific Polish socio-political context. Having distinguished the already well-established concept of ‘gender ideologies’ (e.g. Philips, 2014) from the Polish ‘ideology of gender’ (see Pakuła et al. 2015), I move on to talk about the importance of organized grassroots movements as an active agent of producing anti-hegemonic narrative, i.e. NGOs and local communities but also educational and corporate venues as both education and the corporate environment can become the decisive wind of change in the post-neoliberal reality. In this talk we will also seek ways forward for the LGBT+ community in geopolitical spaces which are far from safe.

Łukasz graduated from the prestigious Faculty of English at Adam Mickiewicz University in Poznań. He has been awarded numerous scholarships and internships abroad as well as attended various international conferences, workshops and seminars at the best European universities according to Times Higher Education: University College London, King’s College London, Humboldt-Universität zu Berlin, University of Sheffield, University of Birmingham, and Lancaster University.

He is an active researcher, author and editor of scholarly publications, reviewer of renowned journals, and a member of scientific boards. He is the co-author of Gender and Sexuality in English Language Education: Focus on Poland published by the British Council, the editor of Linguistic perspectives on sexuality in education:

representations, constructions, and negotiations to be published by Palgrave Macmillan in 2020 and an editorial board member for the Journal of Language and Gender (Exuinox). He was a leader on a British Council-funded project within the English Language Teaching Research Partnerships scheme.

Combining his education with experience, Łukasz has established CHOICES, a language services firm, which addresses the needs of demanding clients who appreciate professionalism, reliability as well as outstanding company culture.