Conceived in the spirit of social responsibility is the project Joanna Chojnicka, a fellow researcher and a friend, and I proudly call

Shaking the Ivory Tower: discursive constructions of academia across geographies, communities and genres.

The origins of our inquiry into the false constructions of universities as politically neutral social actors dates back to a week-long intensive workshops held at the University of Bremen back in 2017. Having reflected on our own experiences as academics as well as studying the rather scarce research on the issue, we believe that the metaphorical Ivory Tower is, in fact, a powerful political actor yet not tainted with the political stigma attached to professional political bodies. Our fruitful kick-off workshop concerned methodological preparations as well as literature gathering. During the final days of the event, we were joined by Jane Sunderland, who offered her invaluable critical feedback with a view to fine-tuning our research questions and not losing sight of them during the course of the study. We are happy to report that the project is an ongoing endeavour which has already been materialised in the first of a series of articles for the Special issue of Trabalhos de Linguística Aplicada (Papers in Applied Linguistics) – a journal published by The State University of Campinas/Brazil – on “ Resistance in contesting discursive practices in fragile democracies”. This special issue was guest-edited by Luiz Paulo Moita-Lopes (Federal University of Rio de Janeiro) and Joana Plaza Pinto (Federal University of Goiás). The issue appeared as a joint invited volume by The Brazilian Association for Applied Linguistics (ALAB):

After long hours of often very heated debates, Joanna introduced us to the local cuisine and treated us to sumptuous meals over which endless discussions continued. 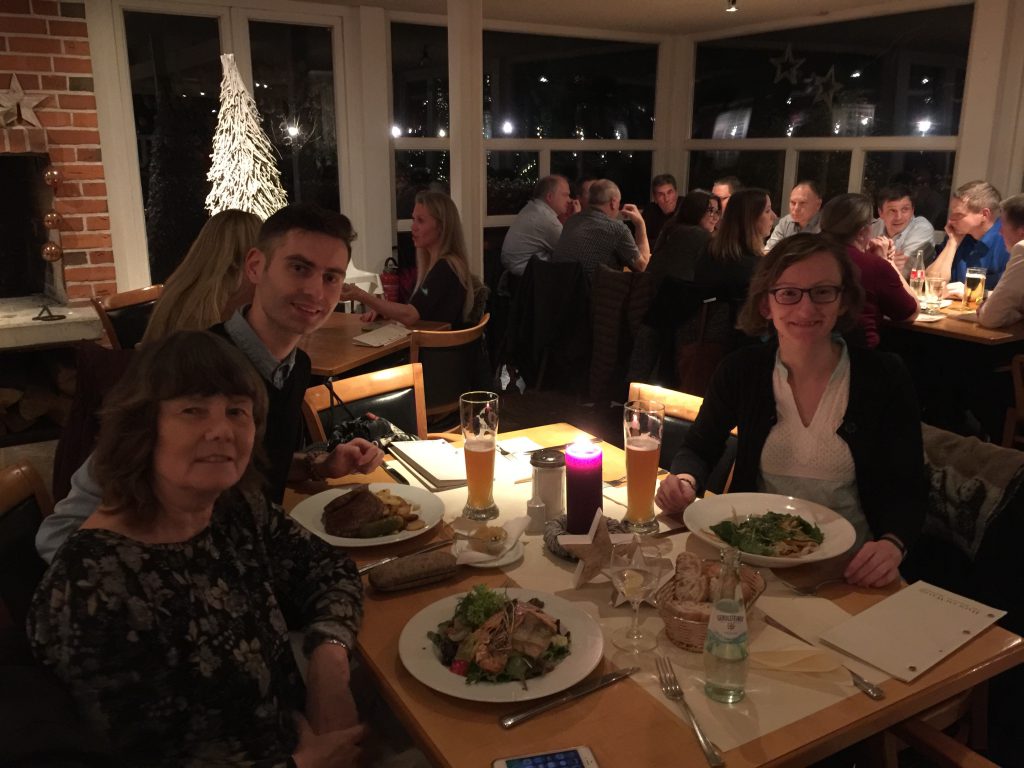 Pakuła, Łukasz. 2015. Interview for the first Polish documentary on marriage (in)equality, Artykuł 18, directed by Bartosz Staszewski. You can learn more about it on from this Wikipedia entry (Polish only).

Here, I talk about the socio-cultural factors that led medical circles to consider homosexuality as abnormal in the first place. I draw on various sources, including testimonials of (the much underappreciated) Evelyn Hooker and Alfred Kinsey, documentary movies as well as research journals. I postulate the idea that asking

“How was sexuality taken off Diagnostic and Statistical Manual of Mental Disorders lists?”

should be substituted with:

“Why was it popped in there in the first place?”.

I also debunk the myth that the status of the homosexuality was altered by means of voting. That’s a much overused and false argumentation put forward by the neo-right who thrive on the complexity of the process. Importantly, however, the voting itself was triggered by those in favour of perceiving any kind of sexuality other than heterosexuality as an aberration. They lost to research-driven empirical data and open-mindedness.

I’ve given a numer of talks and lectures based on this study, mainly in Polish: 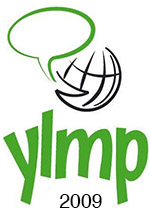 The first YLMP Congress was held in 2009, and was meant as a forum for discussion for all those who were interested in language and its connections with other fields of modern science. The idea came from myself in 2012 when I was doing my MA in (meta)lexicography at the Faculty of English, Adam Mickiewicz University in Poznań. Joined by my fellow students, Małgorzata Trojan, Dorota Jaworska and Łukasz Kozanowski, who were all engaged in the organisation of YLMP, they have made the Congress one of the major international linguistic student congresses in Europe.

I am a coaplicant (with Jane Sunderland and Joanna Pawelczyk) and a project leader on a British Council-funded (ELTRP scheme) project entitled:

Poland, as a young conservative democracy, is witnessing an unprecedented amount of public debate where both ‘gender’ and ‘sexuality’ figure prominently. Yet, they are widely perceived as foreign imports and thus fiercely contested. Consequently, the role of English as a Second Language (ESL) materials as well as teachers as potential mediators of markedly different Anglophone socio-politics is unquestionable. While it is true that ‘gender’ has been researched in the context of the ESL classroom, this strand of academic enquiry seems to have been abandoned. ‘Sexuality’ in this context, in turn, is a novel idea only initially probed. Regrettably, neither of these categories is regarded as important in the context of Polish education in general.

The overall aim of the project is to detail how ‘gender’ and ‘sexuality’, as two salient social variables, are managed in the context of the ESL classroom in Poland, i.e. ESL materials, the process of reviewing learning materials by the Ministry of Education, and the situated practice of ESL learning (both students’ and teachers’ perspectives). Therefore, the project will investigate how ‘gender’ and ‘sexuality’ are portrayed in the ESL coursebook texts and images, negotiated in the teacher-student interactions and addressed by educational policy makers. To this end an interdisciplinary methodological framework drawing on the state-of-the-art approaches to linguistic analysis will be used (including Focus Groups for data collection, and Critical Discourse Analysis with Corpus Linguistics, and Multimodal Discourse Analysis).

We seek to answe the following research questions:

The proposed study seeks to address the following research questions:

1) (a) How is gender and sexuality portrayed in EFL materials? (i) textbooks, (ii) dictionaries, (iii) curricula?

2) How is gender and sexuality manifested in teacher-student and student-student interactions?

3) How does students’ experiences and identities relate to the content of ESL materials? (high school and university level) What are students’ and teachers’ attitudes towards these portrayals/constructions?

4) What is Ministry of Education coursebooks reviewers’ awareness level of gender- and sexuality-related issues in curricula and coursebooks? (is there any attention paid to this aspect of EFL materials at all?)

You can learn more about the project here

And here’s the project team! 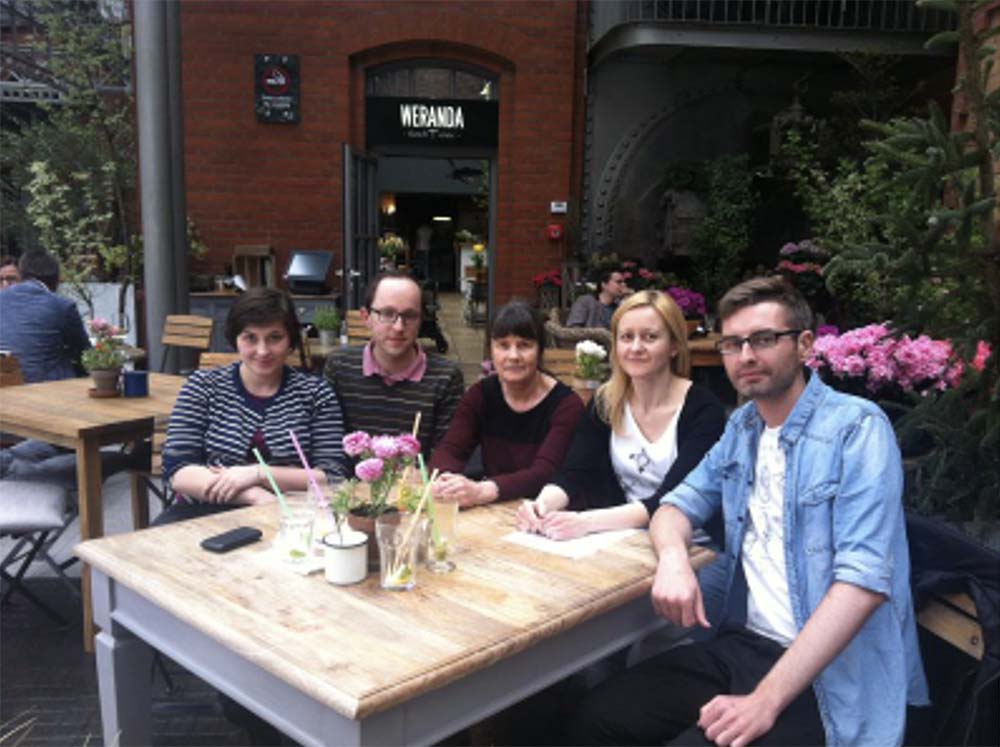